One of my computers (which runs Windows 8.1) started giving an error of “Something went wrong while downloading your template.” in all of my MS office 2013 programs (word, excel, powerpoint, etc).  Some internet searching revealed similar issues with other users but no solution.  I eventually got rid of the error so I though I’d share my solution in case it is useful for someone else.

After these steps the issue went away and all templates now download correctly again. 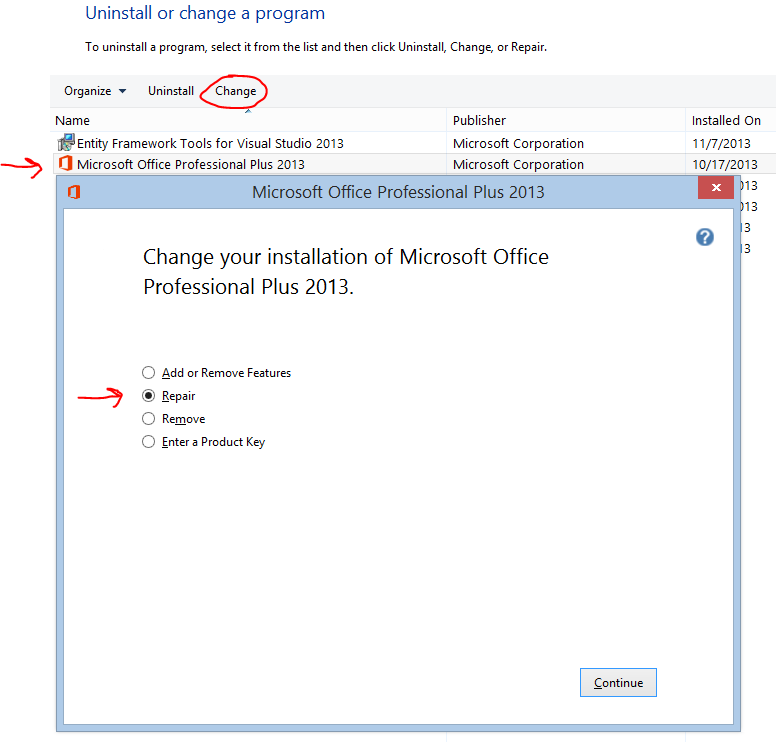